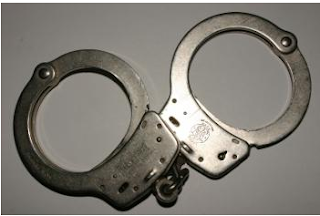 What Does It Mean to Poke Someone on Facebook?

The case of the Facebook poking arrest made international headlines in September 2009. With social media growing so quickly and becoming so popular, it was astonishing to consider that a simple click of a mouse could lead to an arrest. The full story has much more to it, of course.

One way to quickly connect with people on Facebook is to use the simple poke feature. If you click on the poke link on a person’s profile, that person gets a message on his or her homepage that you’ve poked them. Think of it as waving to someone in real life – it’s not exactly a personal message or even a friend request, it’s just a quick way to show them a bit of attention.Related Articles

You can poke anyone on Facebook, not just those people who you are friends with. When you land on a profile page, the link to poke that person is located under his or her profile photo. Once you click that link, you’ll be asked to confirm that you do indeed want to send the poke.

It is possible to prevent pokes from people who aren’t on your friends list by restricting them in your privacy settings. Trying to figure all of this out proves difficult for many users though, because the settings themselves aren’t always intuitive to navigate through, even for seasoned web users.

On September 25, 2009, a woman named Shannon D. Jackson was arrested at her home in Hendersonville, Tennessee, for violating a protection order. The order, which is the same in principle as a restraining order, was filed against her by Dana M. Hannah, for reasons that have not been divulged.

The protection order specified that Jackson was to have no personal contact whatsoever with Hannah, including “telephoning, contacting, or otherwise communicating” with her. While normally that would indicate in-person or direct contact, the advent of social networking sites such as Facebook have widened the reach.

Hannah claims that she was poked on Facebook by Jackson, and offered a printout of her Facebook home page as proof. This simple form of communication caused the arrest, and the case is now about to go before a grand jury. If convicted as a result of this Facebook poking arrest, Jackson faces nearly a year in prison and a fine of up to $2,500.

The Burden of Proof

The main problem with trying to prove that Jackson did indeed poke Hannah is that there’s no way to know if she did it herself or if someone else in her home or workplace made the gesture. Also, since there is no time or date stamp on pokes, it’s impossible to know if it came through before or after the order of protection was issued. Jackson’s attorneys have stated that they believe someone either hacked into her account, created an imposter account, or someone else logged in as her and performed the poke.

Facebook staff will most certainly have to get involved, at least to try and confirm when the poke was sent. On the other hand, poking someone on Facebook is clearly an attempt to make contact, especially when you consider that you have to confirm that you really want to send the poke before it goes through.

Keeping Up with Technology

As technology and social networking continue to advance, more cases like this one are likely to pop up. With so many people registering and sharing personal details online, it’s getting easier to find and contact just about anyone, whether they want to be contacted or not.

On its own, a simple Facebook poke shouldn’t be considered harassment. However, when that poke comes after a restraining order has been issued, the law has been broken and the situation becomes more serious. Ms. Jackson has learned this the hard way, but she will likely not be the last person to come into some trouble through social networking gaffes.

How to Block a Facebook User From Your Wall | Block...