Facebook’s following me – is it fact or fiction?: The rumor going round right now is that when you get to the “blocking” tab on Facebook and search for the caption “following me” a list of unwanted and/or secret followers who are monitoring your account can be revealed. The reality is that it is just that: A RUMOR! 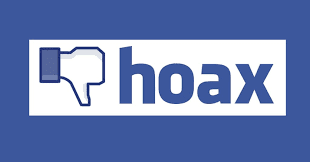 The claims that searching lists of blocked users for the phrase “following me” reveals a list of secret followers (or stalkers) is just the rebirth of an old hoax.

A round of posts making the “following me” claim first popped up on the 21st of September 2017. As at now, we are not clear as to where the claim started, but there are many different sides to it. At times, these posts claim that a friend or acquaintance used the “following me” trick to reveal dozens of unwarranted stalkers, which are mostly from foreign countries.

This is not the first time this hoax has circulated either. Earlier in January 2017, a different version falsely claimed that searching blocked users for “Facebook security” revealed a list of secret and unauthorized stalkers. Again, this  is nothing more than a keyword search and doesn’t provide any measure of security or cause for alarm.

And because cybersecurity is a big deal on Facebook, these fictitious claims can be very dangerous. Facebook offers a number of genuine security measures that will help users stay protected against unwanted followers.

An example is the ”blocking option”. Facebook allows you to block individual users. Once they’re blocked, users can no longer see your posts, they’ll be unfriended (that is, if they were a friend in the first place and can’t send you a friend request again) and they won’t be able to tag you to posts on their timeline or any other timeline. So, in essence, there’s no such thing as a secret follower or secret stalker.

And if you can’t find a person who you want to block, you can search for the person’s email address under the “blocking” section of the settings tab. Any account associated with that email will be blocked from following you. But you should know that if you type “following me” into Facebook , it won’t reveal unwanted followers because it is nothing more than a keyword search.